Nature's Run Equestrian is finally on it's way to full fruition! And it begins, publicly, right here.

Each week I will be posting new articles based around Nature's Run Equestrian's horse training model; curiosity breeds bravery!

So to start everything all off, I'll start with a very basic idea of what this all means. And from there we'll build and build each week!

Today's training methods are based on the idea that horses are "fight or flight" prey animals. Which is totally correct, but it's not exclusive! Horses are also very curious and playful creatures, and more often than not, this playfulness creates a very brave animal. Have you ever watched horses out in the field after introducing a new hay feeder? They are absolutely terrified at first, and run in the opposite direction... but after awhile, curiosity sets in and they start to approach and retreat their way over.. until they are basically trapped in it trying to play with every piece of it! So at first, they are a flight animal, but what brought them over to that scary object that sent them running in the first place? Curiosity!
Curiosity is what we need to be encouraging in our horses, so we can breed bravery! But what are we really doing in our "classical training methods"? We're doing the exact opposite! We are telling horses to keep walking, keep bending, stop looking and keep plodding on. In this method we are discouraging curiosity and telling them to shut down. Breeding introversion. We are using "flight zones" to push horses around; which is strengthening a flight response... but then when they use their flight responses to something else that triggers their flight zones (that scary umbrella at 4 o'clock) , we get mad and punish them for doing exactly what we trained them to do!
Anyone else seeing a pattern here?

So how do we breed curiosity? How do we encourage our horses to think before they put 4 feet on hyper drive? We encourage it, experience it, and reward it!

Too often do I see people pulling their horses away from something they are trying to get a better look at. Pushing them past a particularly smelly poop in the arena, or away from the flower decor at a horse show... Your horse is being curious, experience it with them. Let them look, let them sniff, and let them get it all in. And once they've literally stopped to smell the roses (poops in this case), rub on them, take a deep breath of relief, and keep on your way. You can never be in too much of a rush with your horse that you can't allow them these small simple pleasures that will breed great things over time. Giving them this little bit of non-demanding time, which is entirely their idea, gives them a sense of partnership out of the regular dictatorship of horse training models. To breed confidence, a horse needs to have a sense of their own ideas and how having thoughts of their own is a good thing. They need the opportunity to learn that things they stop to look at, stop to smell and stop to experience are safe things, and you will be right there to prove it to them. Horses don't like to have sneaky predators (us) pushing them around things they are nervous about without a good review.

Don't believe me? Next time you are out working with your horse, give it a try! Let them stop to look at that scary shadow in the back, stand safely with them and get some deep breaths out. Reward them for stopping to think about that scary thing and being so brave, rather then pushing them around passed it. Once they've checked it out, experienced it, and realized it's not going to eat them... keep on keepin' on. 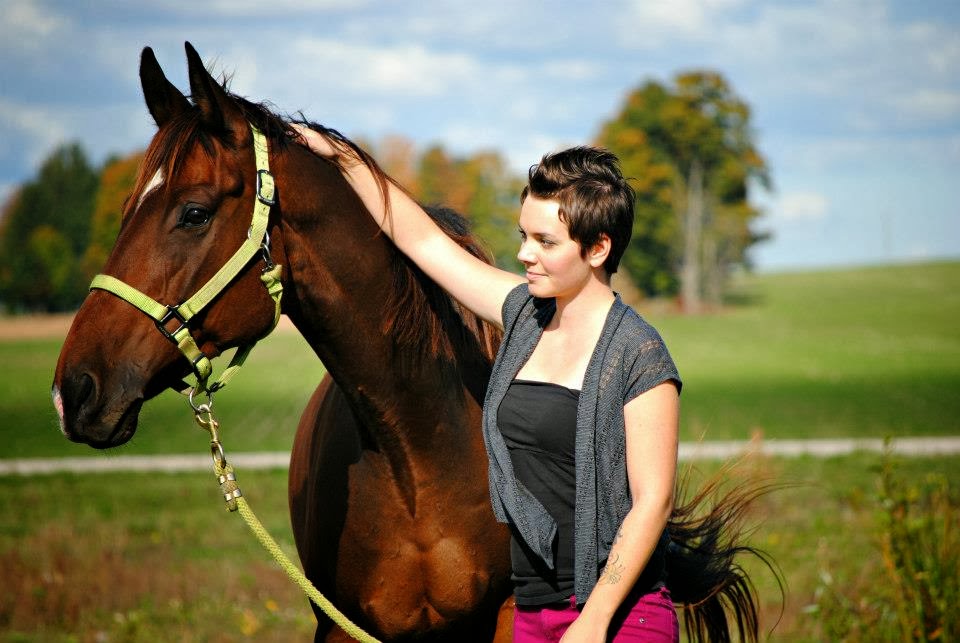