Last fall I was given a 3yo OTTB gelding, Q. He had lived the usual OTTB lifestyle up until this point; life in a stall, only leaving for training or racing, little to no contact with other horses, and "racing fit". I had made the decision to take him to a friend's boarding barn and "rehab" him back into being a horse over the winter, fatten him up and restart him in the spring. Oh the plans I had....

Here's what really happened. And everything I have learned along the way. This is what Q looked like a month or so before I moved him. Shiney, healthy looking on the outside... But as we learned through the next few months, he had ulcers and absolutely no immune system from being cooped up for so long. 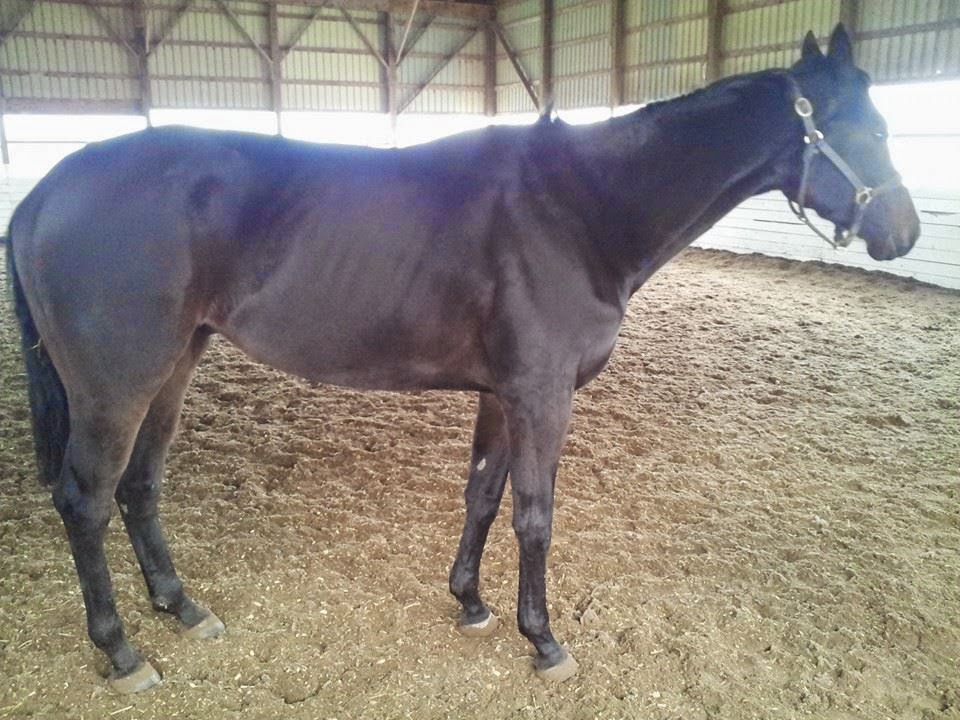 He had little energy and was pretty easy going, but he was sound and sane. With the small issues of cribbing, a contracted heel and some kind of interesting skin rash. But nothing I couldn't handle!
So without any thought to the matter, we blanketed him up and sent him into a paddock with a small herd of well socialized horses and he became an outdoor horse again. He was going to be so happy to be out of his stall, I couldn't wait to see him nicker at the other horses, play and frolick. But he didn't do any of those things. He didn't perk up, he didn't seem very happy; infact he didn't even know how to interact with the other horses. He was completely lost at what to do 90% of the time. He didn't know to go and eat from the hay bale, he didn't know where to go to find water, he didn't know what the other horses were doing to him or how to stop it... He shut down. Fast. He resorted to cribbing all hours of the day and night, and hiding in his shelter. Eventually it got to the point where we didn't think he was actually going to come around, so we took him back inside and tried to keep him healthy. But the damage done from his past life and now new stressful week was too much, too fast. And thus begins my 8 month battle trying to put him back together again.

After putting him in a stall for awhile and trying to keep weight on him, we decided to try him out on his own with one pony. So at least he would have full access to hay, shelter and water; and could learn from the pony on how to be a horse again. While this came at great cost, it worked. He learned how to go to the water trough, where to find shelter, where to eat; and the pony even guided him around to make sure he went to his shelter to sleep. It was a great miracle that he so badly needed; but it still wasn't enough. He had lost so much weight in that first week, he was borderline emaciated and was not putting anything new back on. And he was still cribbing all the time.
As difficult as it was at the time, he wasn't going to get better in this situation and desperately needed more attention and care. So we moved him closer to home to a facility with my other horses so we could start filling him up and treating him more severely. By this time his skin rash had gotten worse even with medications, and he started cribbing to the point of not eating. I finally caved and got him a cribbing collar; which helped a lot for the next few months. It pushed him away from the fence and towards the hay bale. It forced him to interact with the other horses, and learn how to be one again. His skin rash was getting concerning by this point, and he wasn't shedding his winter coat by any means so I had the vet up to check him, and she suspected a serious case of ulcers. So we put him on ulcer medications for the next month to try and bring him around. All the while feeding extra rich and proper grain full of fats and goodness! 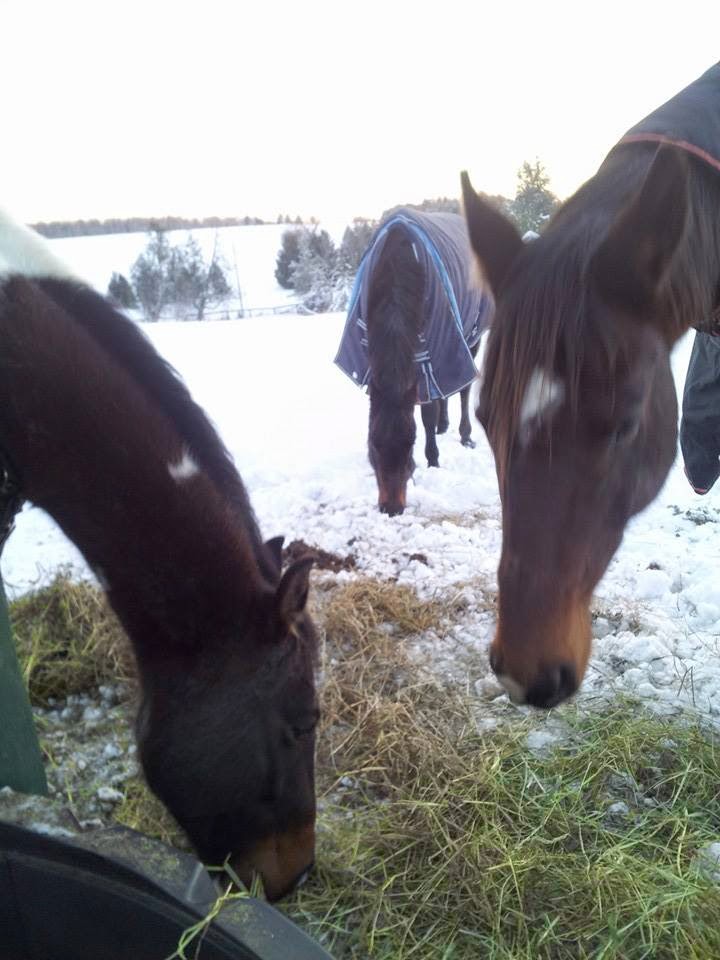 It was after a few weeks of the ulcer medications that we finally started to see a change in him. Even our barn manager said he had finally sparked on. He was happier, you could tell by his entire demeanour. He perked his ears and came trotting over to visit you. He would follow you around happily, and he would even go running out with the other horses to play in the fields. 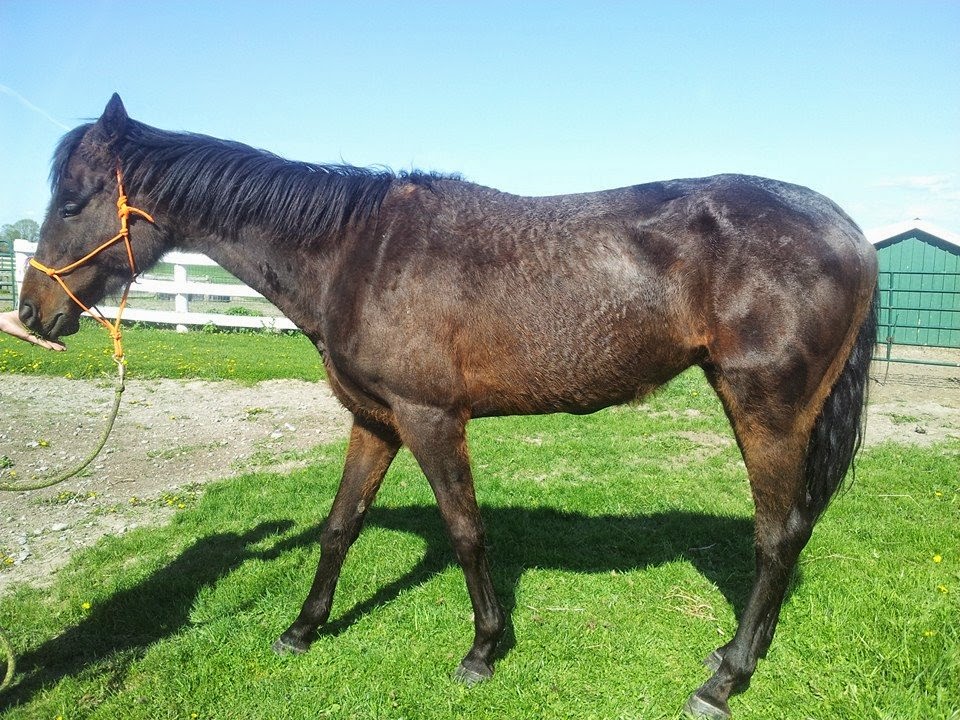 He even started getting a bit of a belly! He had lost all of his racing fit muscle in that first horrid week and was down to such skin and bones... I feared I had ruined him. I was certain I would never be able to forgive myself for what had become of him. But now when I go visit him and care for him, and see his glimmer and his spunk.. I know that he was destined for this path; either with me or someone else at some point. And I'm glad it was with me and my family, knowing that we would do absolutely anything to make sure he would recover ok.

Now we have just gotten over a bacterial skin infection of some kind, fought off mud fever and a bit of rain rot.. but he is finally healthy again! We've started some work on the lunge and will soon be starting some work with the surcincle to rebuild some back muscle. I am confident when I say that in the next month or so he will be better than ever. It took so much loss to be able to rehab back into a horse again; but he now knows how to be a horse, how to be happy, how to play and frolick... His eyes light up. All we need to do is make that body shine on the outside, the same way it does on the inside.

This is Q today, still very much a work in progress. I can't wait to show him off to you in a few weeks... 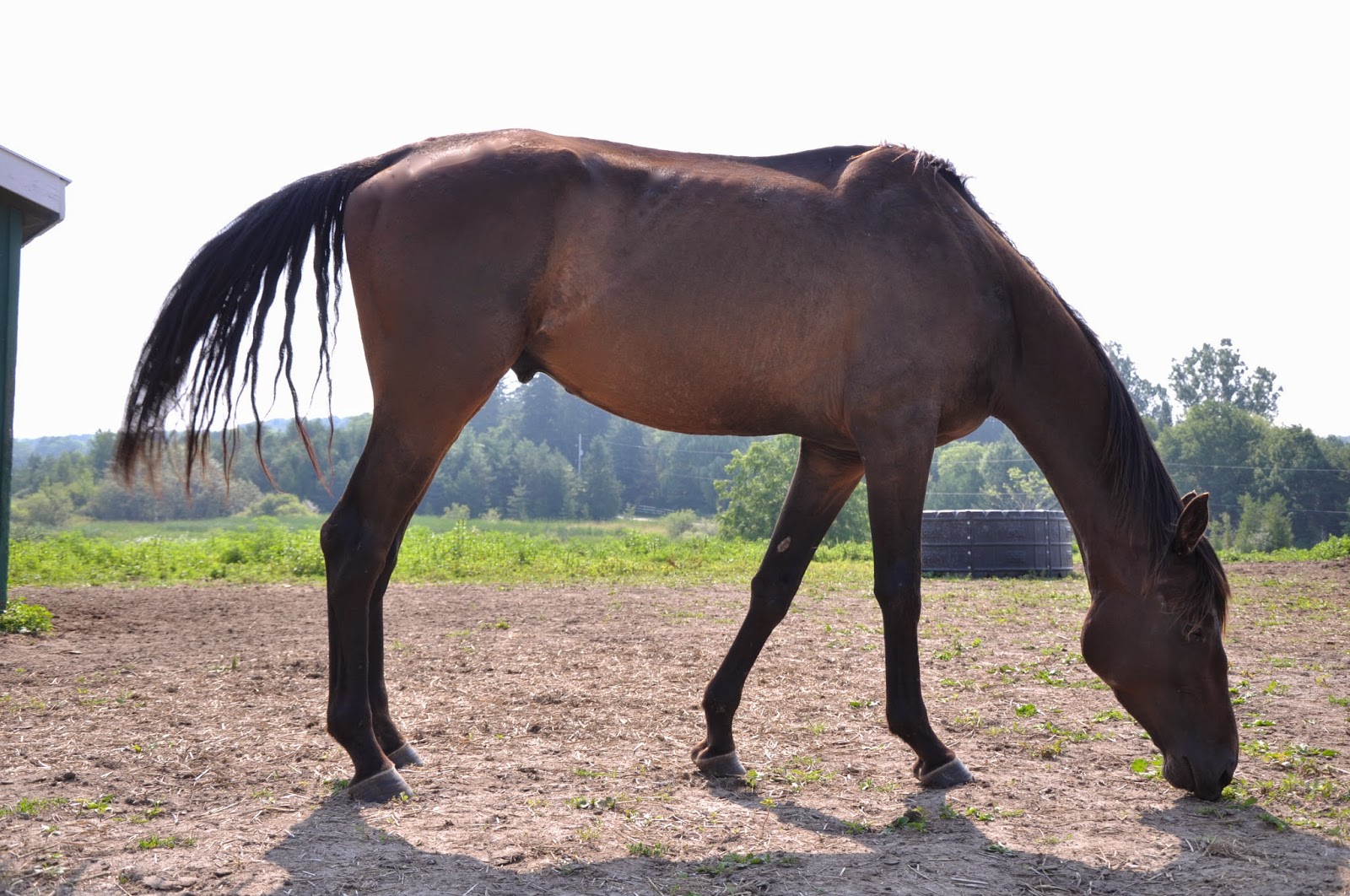 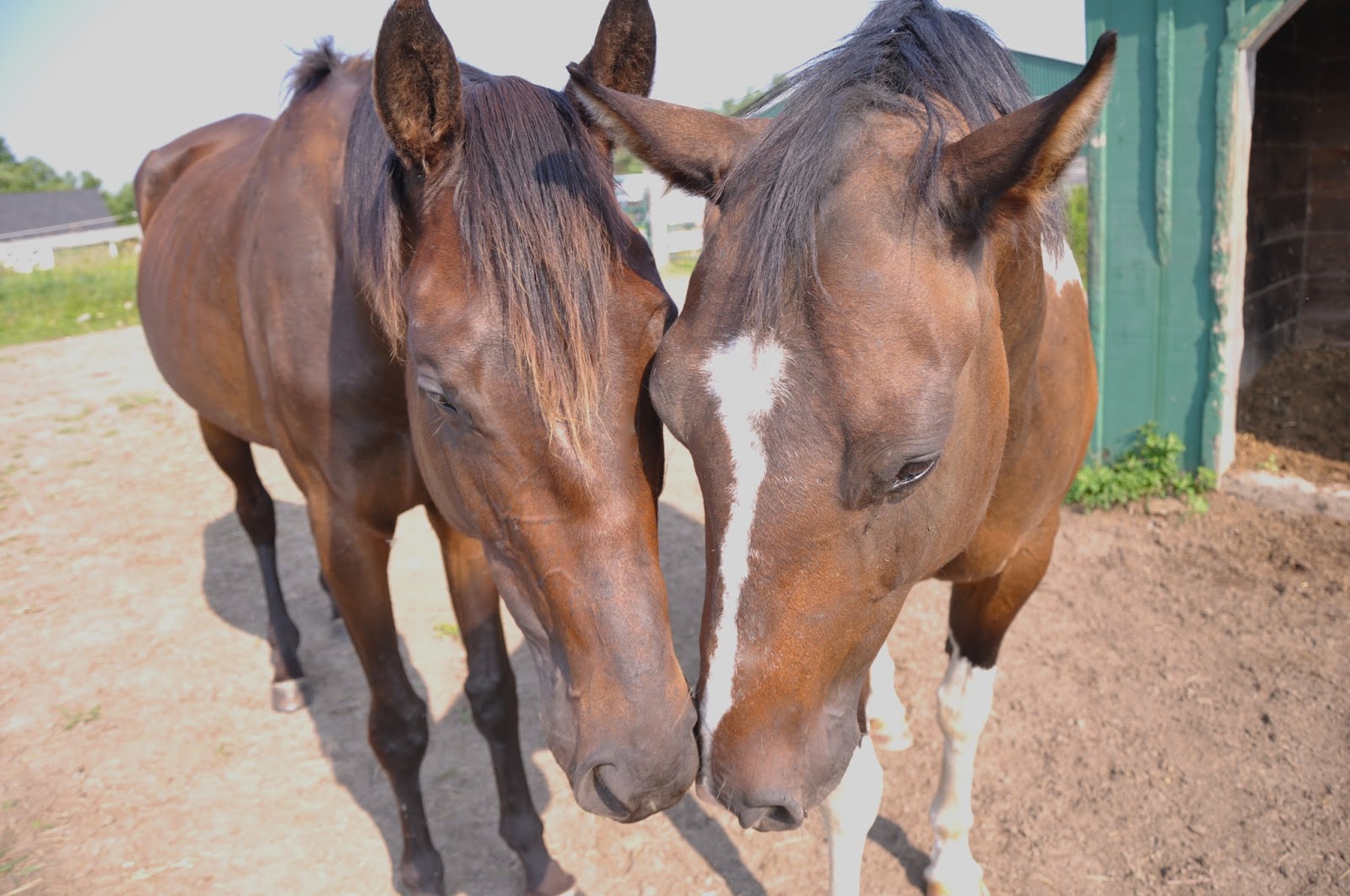 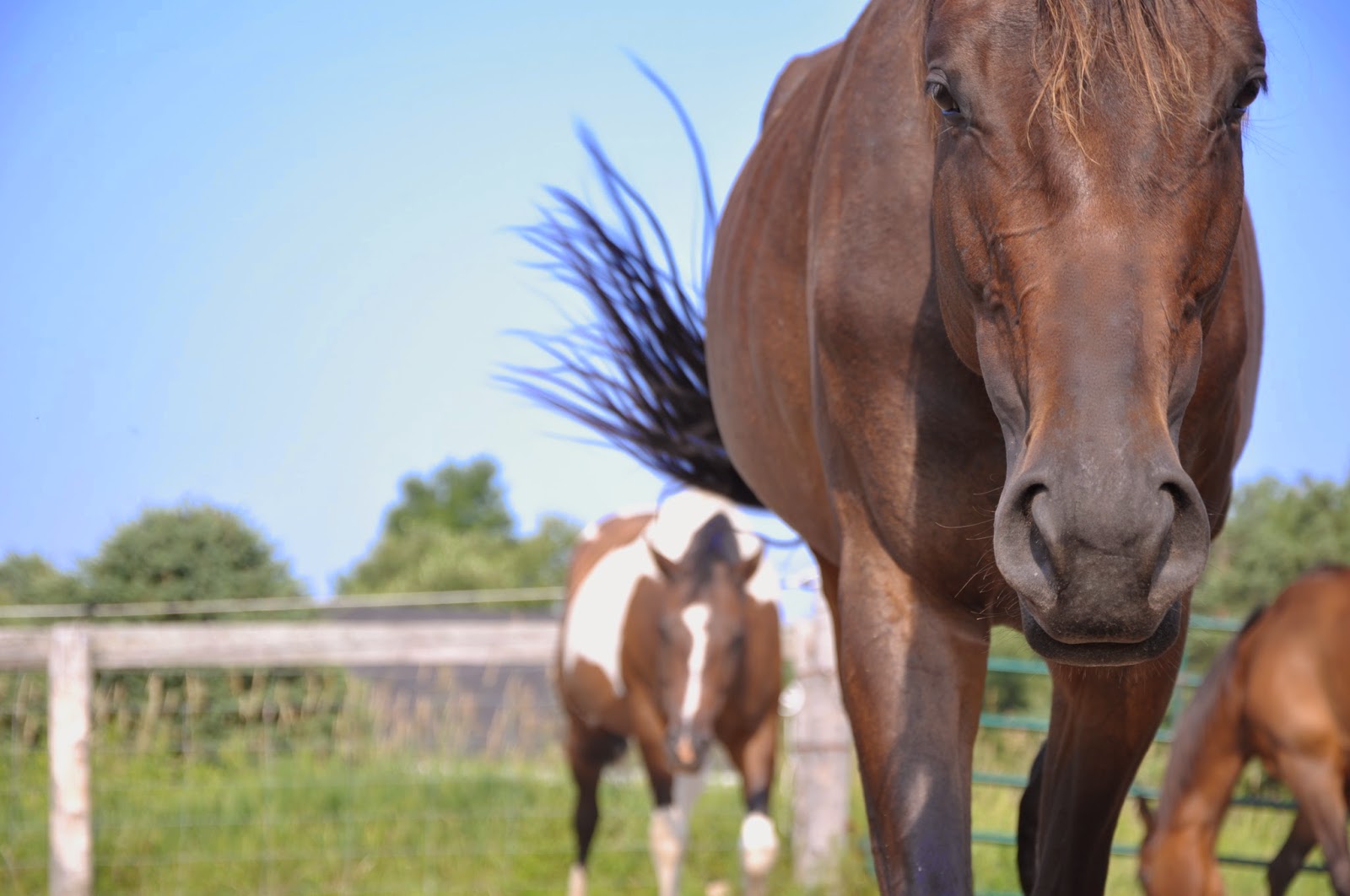 Much love! We can accomplish anything if we put our minds and hard work towards it.
We just got to keep on keepin' on!

UPDATE:
This is Q as of yesterday (a few weeks after this original post was written), he's full of muscle and the happiest guy I know! 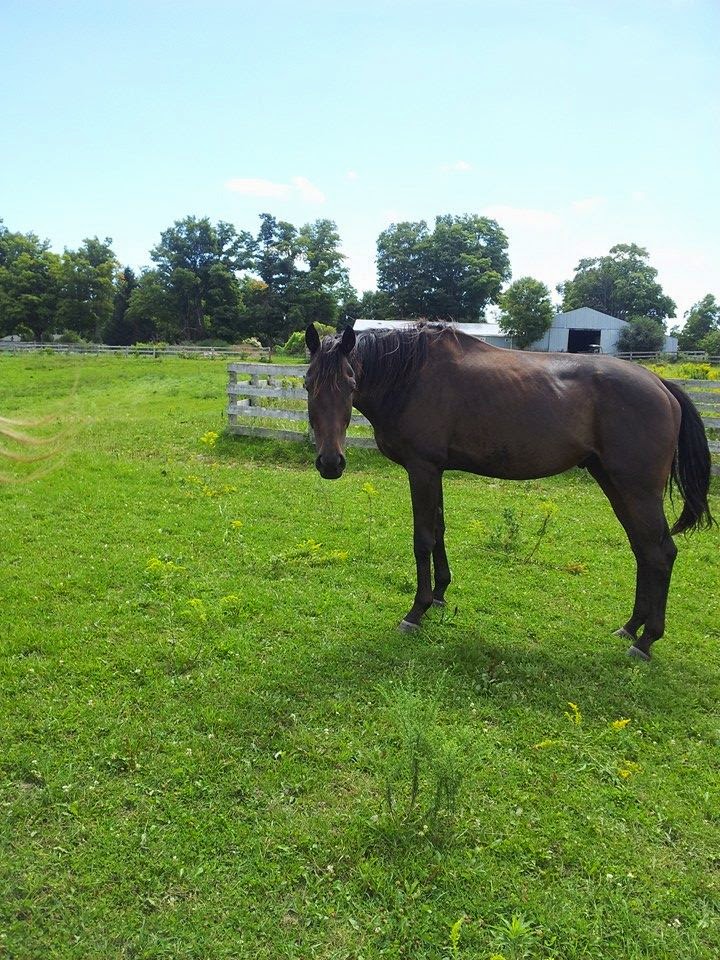 Did I mention he eats like a king now? And, no cribbing collar needed! As long as he has forage available, a salt lick and his daily grain; he cribs very rarely if at all. 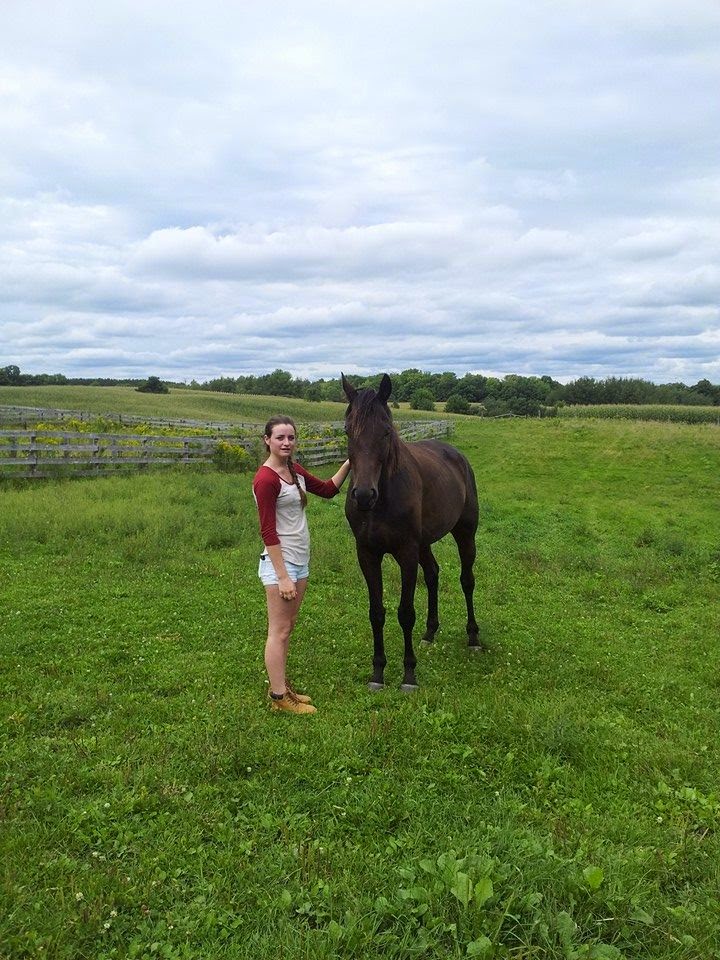 Q having a good run in his new home.

He's just about ready to start under saddle again, another week or so of back building exercises and we'll be set!

Another update! This is Q as of Sept 21st. 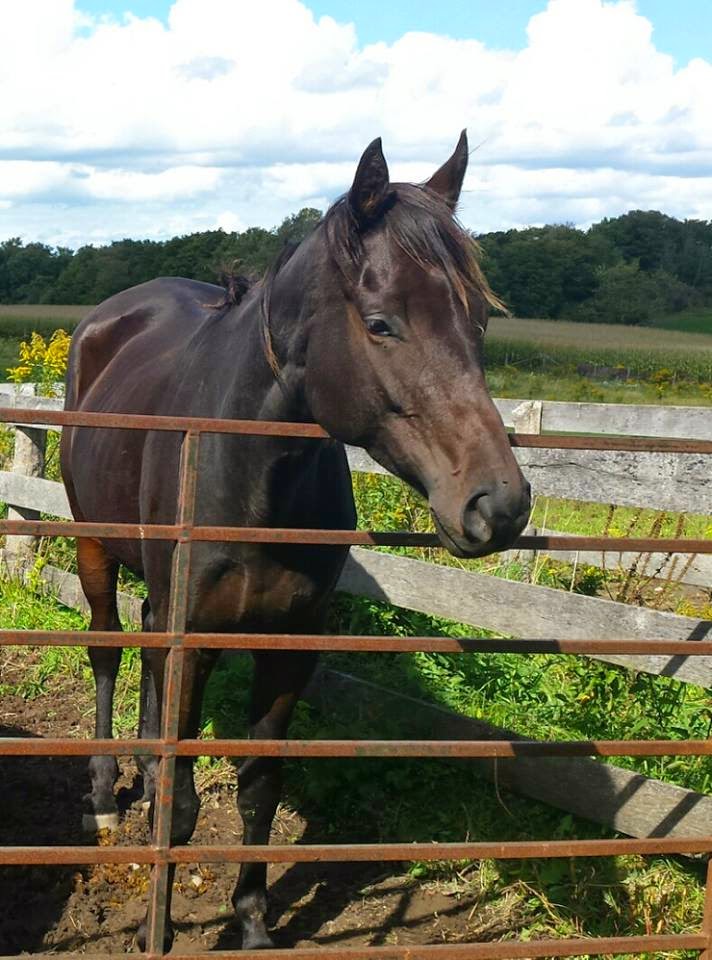